Sometimes writing about deep things can get emotionally taxing, so I’ve decided to mix it up a bit by going through some of my favorite blog posts that I wrote this year. Just because it isn’t recent doesn’t mean that it isn’t valuable, right? 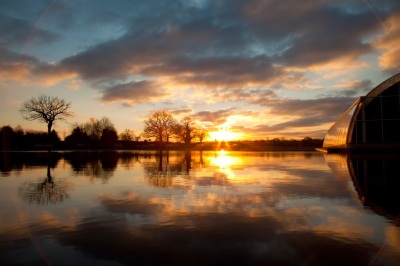 The Bubble
-I’ve started to refer to this as the night where I didn’t give a damn; not for any negative reasons, but I chose to be present in the moment and it made me incredibly happy. It was the beginning of my understanding that the only barriers that exist are the ones you set up between yourself and other people. This poem is an excellent reminder of something that is often hard to stick with.

The Invisible Line (Ten Years and Counting)
-It’s been ten years since I became fully aware of having Cerebral Palsy. Despite the insecurities and challenges that have come with it, it’s something that I’ve found peace in.

Where I’m At
-A Part 2 of the post I mentioned above; there was so much to write about that I couldn’t do so in one without making it feel like a novel (and a poorly written one at that).

When Words Wear Me Out
-I know how to express myself, and in the eyes of many friends and family I do it well. That being said, there are times when talking about a problem or situation doesn’t bring comfort. Different circumstances bring out different needs, and I’m getting better at being able to openly communicate that.

When You’re Eighteen
-College only lasts four years, but the ways in which I grew and what I learned from the process made it feel like a decade (but in a good way). So much can happen in that time, and it’s amazing how it can change you.

On Technology and Being Alone
-It’s not just about a culturally imposed addiction, but learning how to genuinely appreciate (and make time for) solitude.

A Letter To My Cousin
-She was just going off to college as I was coming out of it. We’re two different people with different personalities, but I still had wisdom that I wanted to pass on.

For My Guy Friends
-A revised and updated tribute to some of the incredible men in my life. No matter how many times I re-read it, it still makes me cry a little bit.

On Streets and Safe Spaces
-Whether you’ve been through it or not, street harassment does exist and it’s something worth talking about. Regardless of gender or the kind of life they live, everyone deserves to feel safe and treated like a human being.

My Wilderness
-For months I’d been struggling to describe how I viewed my current transitions. I loved including the imagery, as it’s something that I don’t always use in my poems.