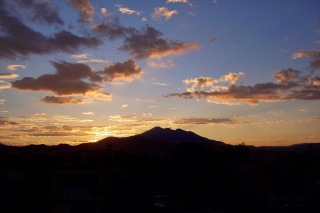 These words have been on my heart for a long time, but I didn’t know how to express them. This is not about bashing anybody; I love and respect these people I am referring to very much and I am not purposefully trying to attack anyone. This is my way of acknowledging what I’ve had to overcome in circumstances, and how I don’t want the pain of the past to dictate my future.
Claiming My Life
We all have a history
Each one of us
Days filled with triumphs and leaping forward
Seasons that encompass heartbreak, loss, and stepping backward
Together with family by blood
And friends who became such
People who hold us up
And those who push us down
My first twenty-one years
A wave of accomplishments, yet unconventional
I was born early and bloomed late
Fighting for all that I wanted and dreamed about
I try not to ask why, because it is what it is
I only wish I hadn’t absorbed certain habits
Exposed to unhealthy dysfunction
Hope put in empty promises of different circumstances
Surrounded by those who broke their backs to break bread
Resulting in memories mixed with joy,  exhaustion, and resentment
And ultimately all left broken in the process
So I hid in the comfort of change
Easily picturing who I could become
If only I tried hard enough
I could be happy all the time
And then I would be loved
Leading me to conceal not only my pain, but also my joy
For a fear of being left behind
Wholeness only became real when I surrendered
Having become a mess of “still trying” and “not good enough”
Taking it all down to being human and a child of God
One not seen by the dozens, but seen nonetheless
I’ve come to a crossroads
Between what has been and what has yet to be
Adulthood
Not just defined by independence and maturity
But creating a life for myself
One that involves freedom instead of fear
Embracing rather than hiding
Ultimately owning and being aware
despite the mistakes having been made
Claim your life
Take care of yourself for the sake of your sanity
Look beyond projections and predictions
Love whole-heartedly despite the risk of being shattered
Not everyone will agree
But it’s not just about them anymore
Grateful for my roots and the road I’ve taken thus far
Yet it’s time to set my own path
I’m not without love and respect for those that have been examples
I can’t be the center of someone’s world or their reason for happiness
They must choose it for themselves
And I must choose mine
photo credit: Christian Frausto Bernal via photopin cc